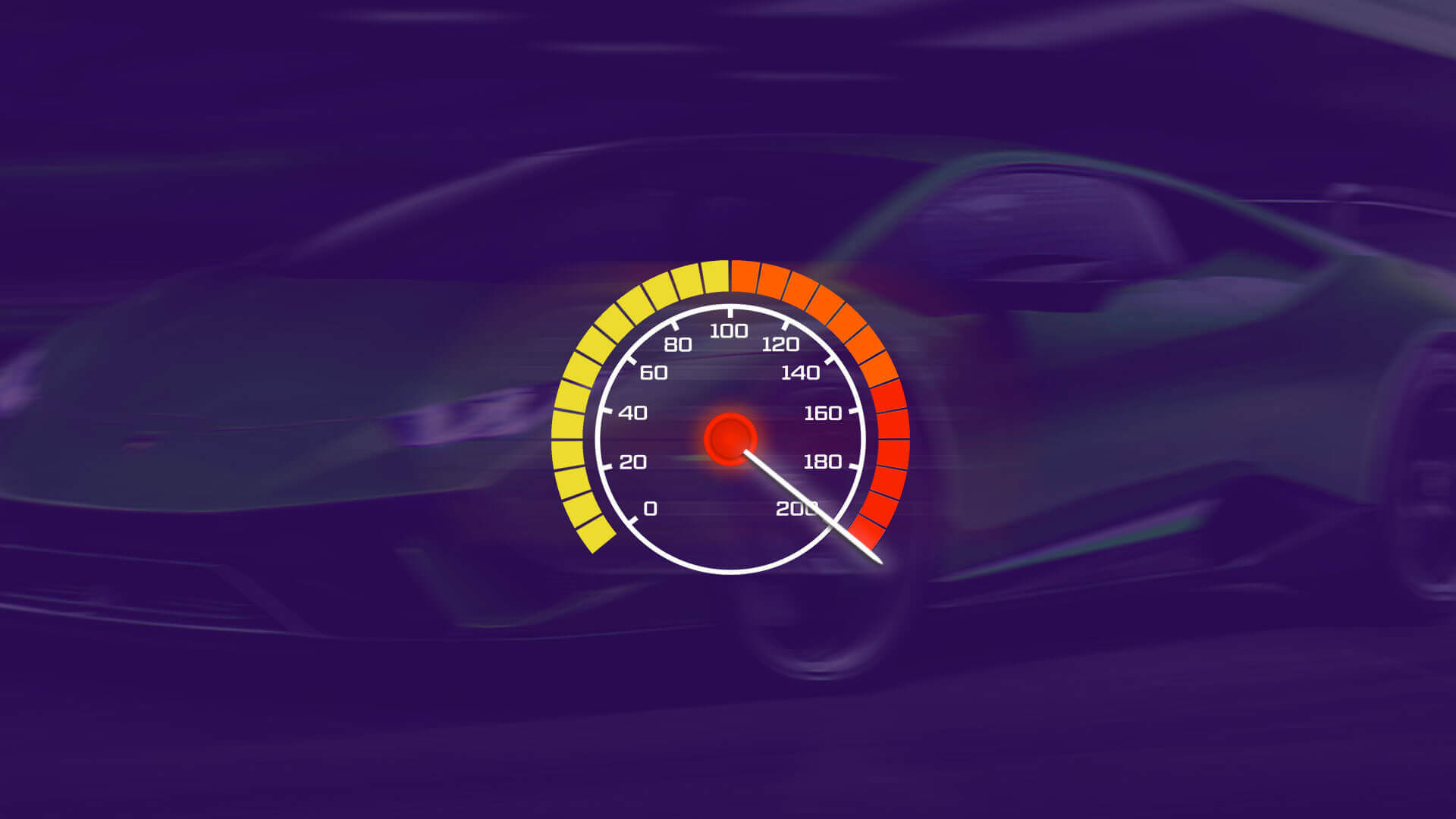 Why does it matter to optimize a website?
Reward your visitors!

Website speed optimization is a series of steps that should be done in order to make specific website load faster -> time spent by your favorite browser to chew up some web page. If we continue following food analogy, some pages represent favorite dish, and others are inedible.

What is needed to be done to speed up specific website?

Unfortunately, sometimes it’s not economically viable to fix everything we find problematic, but there are always quite a few steps that we can easily implement to improve page / website loading speeds. First things first, to see where we are, we need to analyze current website state. To do that we use tools like GTmetrix or page insights (both based on Lighthouse engine). Here are the links:

Don’t chase 100/100! Not because it’s impossible, but because it’s not necessary. Surely it’s great to have top score, but it will not affect your ranking position that much in the way you think this works. Faster websites equals happier visitors, equals more time spent on your page and more page visits, and vice versa. There is a actually a direct connection between number of articles bought on some fast e-commerce website vs slow ones.

What we need to do achieve this?

When we know why website speed matters, we can now cover how we do fix website loading speed issues in general, in some few common steps. Let’s go with food analogy again. Think of your browser as a waiter, waiter that has certain amount of hands(from six to eight). His hands can only serve so much dishes simultaneously, and if those hands are waiting server to fill plates with ordered food, and like with restaurants, you’ll find different place to eat if you’re waiting to much for your meal.

So to speed up this data delivering process, on one side we should group requests (more food on the same plate) – and on another we should decrease total transmitted data (compact high calory / low fiber dishes).

Elements that are mainly responsible for poor website performance

I’ll make a list of elements that hurts website performance – created of all sites we boosted/fixed/faced so far, ordered by importance:

Bellow you can find a common list of problems while implementing/embedding images:

Uncontrolled / out of control number of injected javascript and CSS assets

If you open page source of some website based on, for example themeforest theme – these are the scenes you can face … 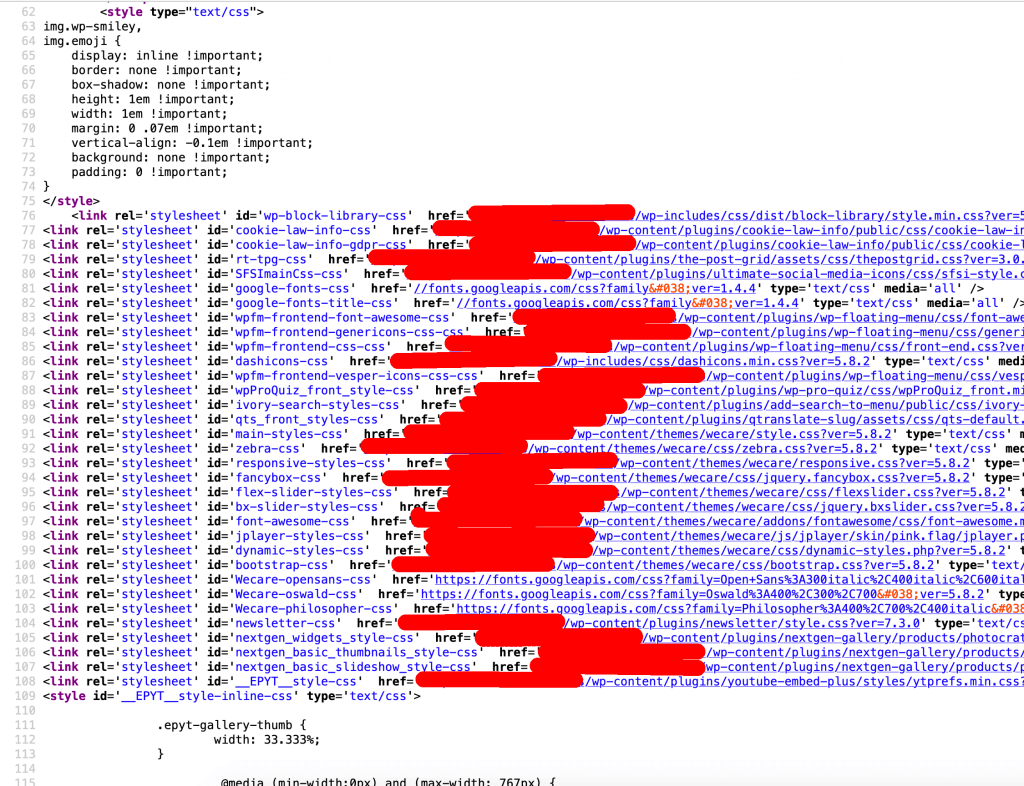 What the hell happened here? Why so many? It’s important how the website looks, not how fast is it, is that so? Well you can have both, only either someone (client) don’t know site speed counts as well, initially & find out on the hard way afterwards, or someone don’t know it can/should be fast as well (designers & developers this is a shout out to you).

Every tool, from screwdrivers to hammers on one end, to WordPress / Drupal / whatever, on the other end can be used properly or irregularly. Ignorance or lack of knowledge, call it as you wish, is a root cause of that miss-use, it’s not (always) the tools fault.

Gzip is a way of asset minification, similar to zip, between server(doing minification) and browser(reading minified asset), instead of downloading uncompressed file from the server directly. Sometimes this compression isn’t enabled on the server side, sometimes it isn’t used – lack of configuration, which looks something like this (Apache config, lines that are needed to be added to previously backuped .htaccess file):

Main role of caching is to deliver stale resources, instead of fresh ones, and by doing so decreasing page loading times. There are two types of caching:

Network delivery system has only one purpose – to serve a file from a location nearest to you. For example, think that our website is hosted in Serbia, and someone from Canada visit us. All data and assets, must be fetched from Serbia, which is on the other part of the globe from the visitor. That geographic location difference, influences asset download times, because assets must travel over the web, over all physical lines from one part of the globe to another. CDN isn’t a must have, even more if your target audience isn’t on other side of the globe, it’s more of the question would you like to decrease loading times for other visitors. Website will be loaded for distance visitors as well, ofcourse, but it will be loaded slightly slower than for the nearest visitors.

This is just a standard list of checks, when website speed analysis is needed, although there are even more factors which can influence loading times – from hosting service, chosen architecture etc.